Multifunctional residential complex is located in the Central Administrative Area of Moscow (Basmanny District) on a plot of irregular shape with an area of 5.75 hectares, stretched from the Bolshaya Pochtovaya Street towards Rubtsovskaya Embankment of the Yauza River. On the site, there are several industrial buildings of late 19th – early 20th centuries, one of them – along the frontage line of Rubtsovskaya Embankment – is now reconstructed and adapted for use as a trade and office center; others buildings are fully or partially recreated by measurements and included into the overall architectural design of the complex which consists of 11 residential buildings, one- or two-floor volumes of the built and attached non-residential premises and preschools, 5 office and trade buildings, and a two-level underground parking lot. The residential buildings, of one or two sections, of rectangular shape with a variable number of floors, are arranged in three parallel lines in the central part of the land plot and form two enclosed inner improved yards and the central boulevard descending down from Bolshaya Pochtovaya Street to Rubtsovskaya Embankment. The boulevard terminates in an improved square formed by the residential and trade buildings. The first floors of the built-in and attached rooms along the boulevard are planned for trade and public catering enterprises. The project provides for a passageway for motor vehicles along the perimeter of the complex with two entrances and exits of the site both from Bolshaya Pochtovaya Street and from the waterfront. Entrances to the underground parking lot are arranged from the driveways within the blocks from the north and west sides of the land plot. The entrances to the residential buildings are provided from the yards. From the square, along the waterfront to the south, there is the territory of natural complex. In the yards on the boulevard and on the square, it is planned to plant trees, arrange recreation areas and pedestrian walkways. The architectural solution for the facades provides for using bricks (ceramic tiles), composite decorative panels. 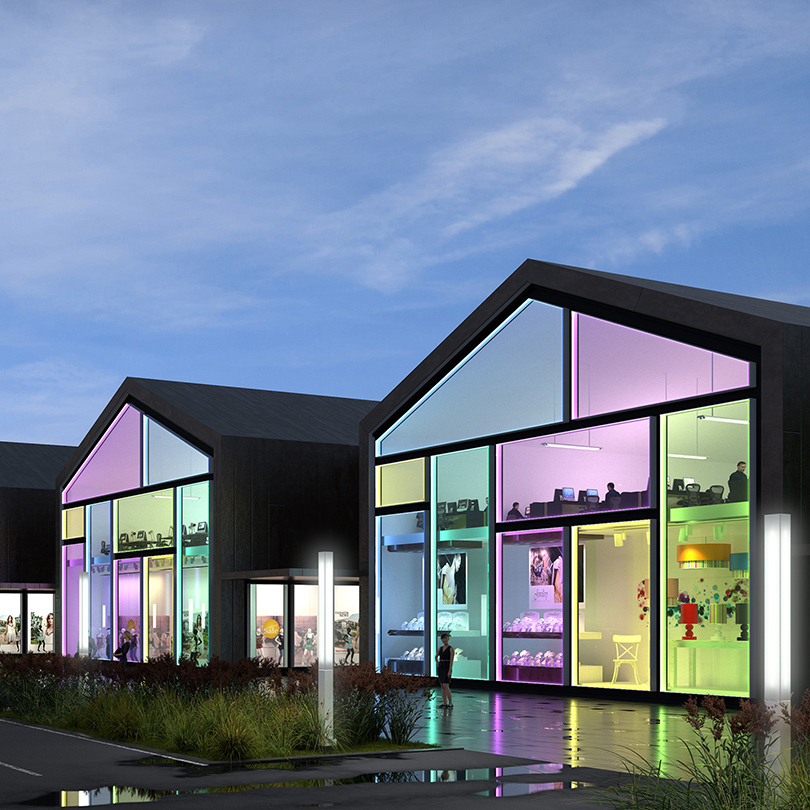 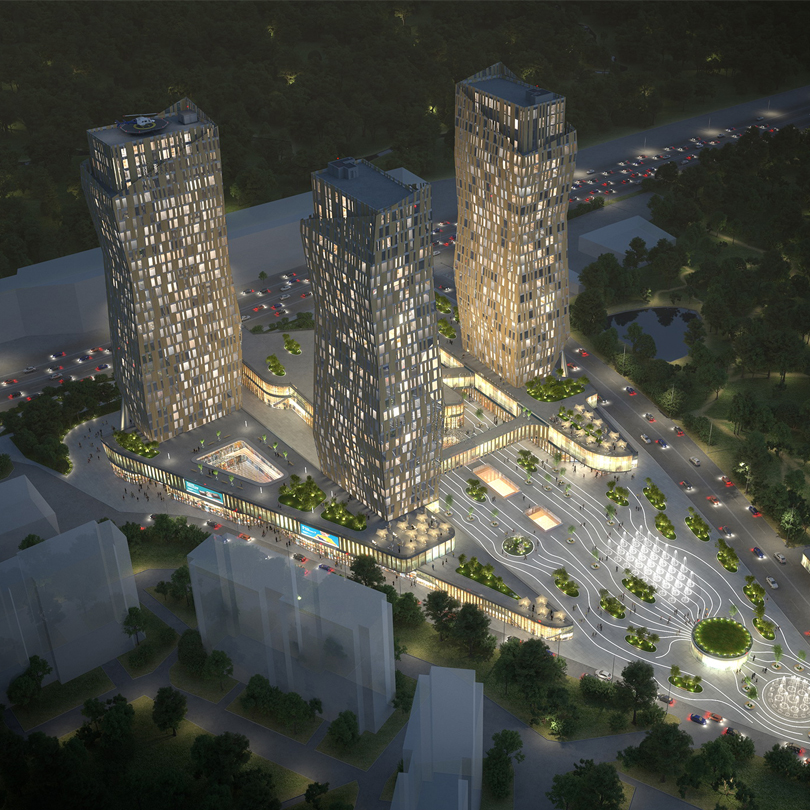 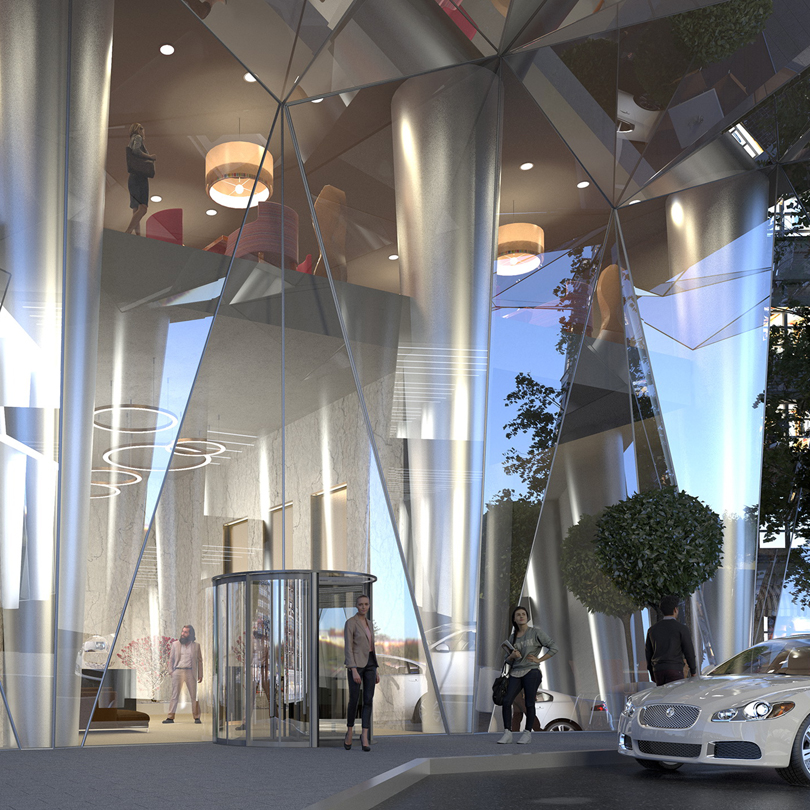 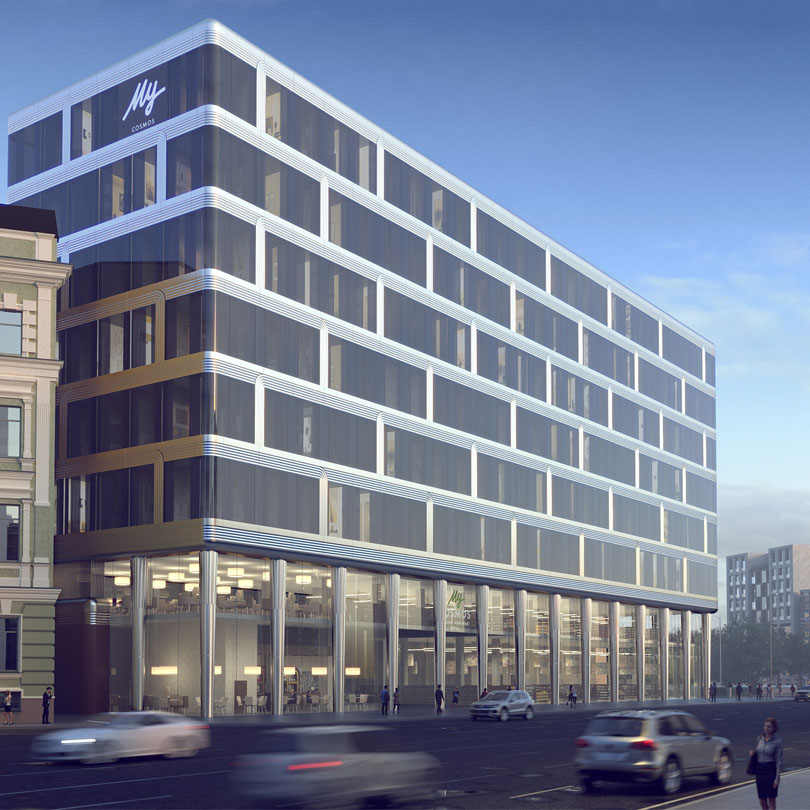 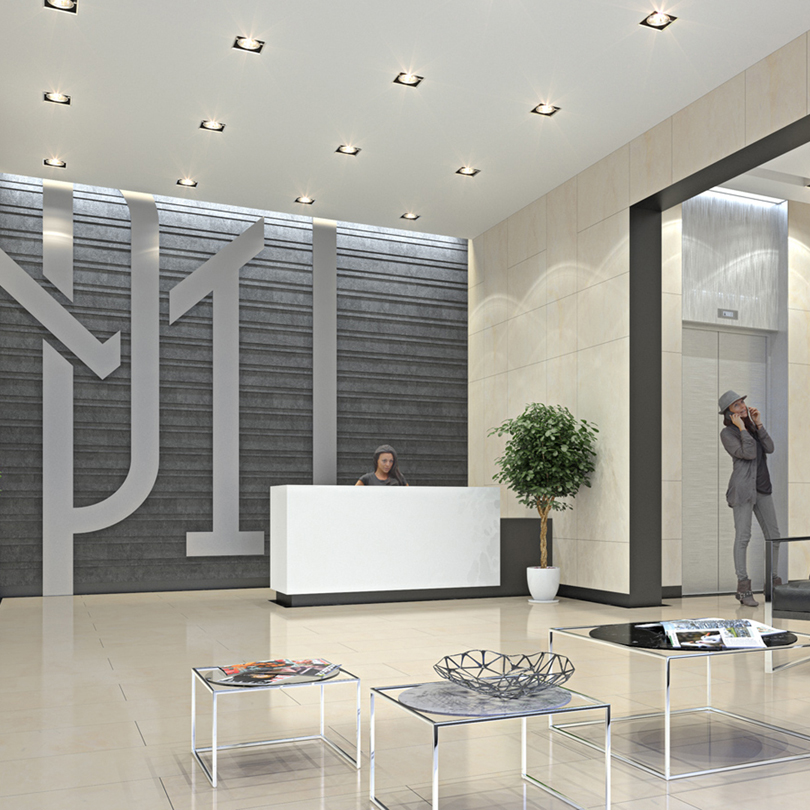 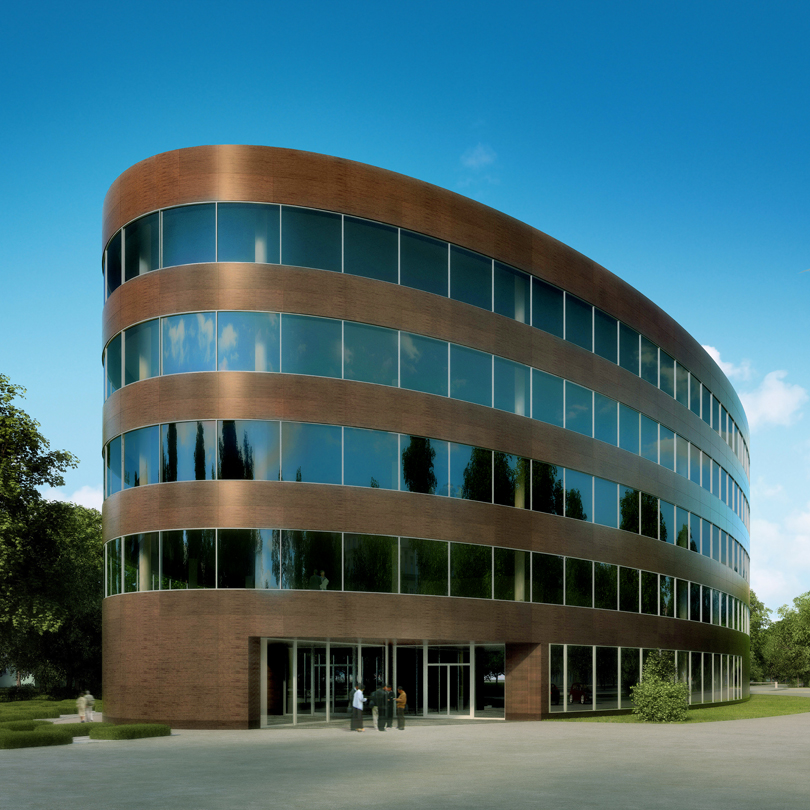 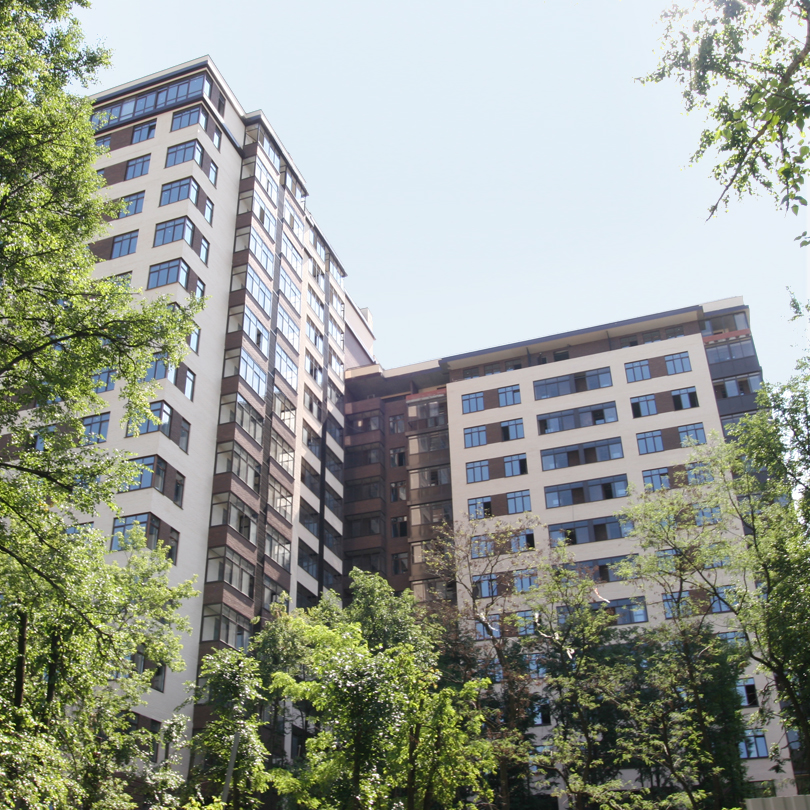 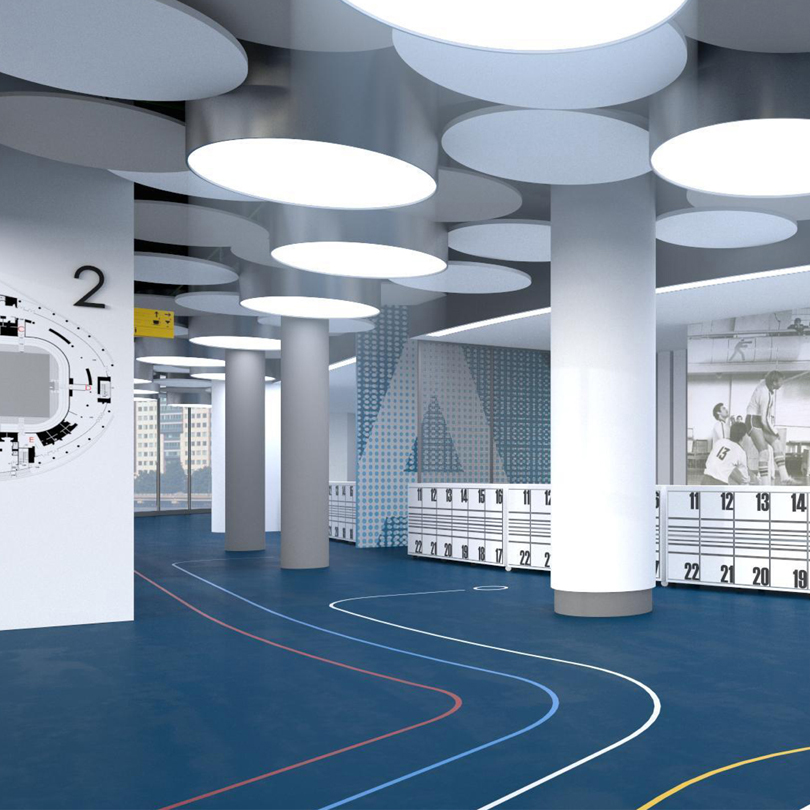 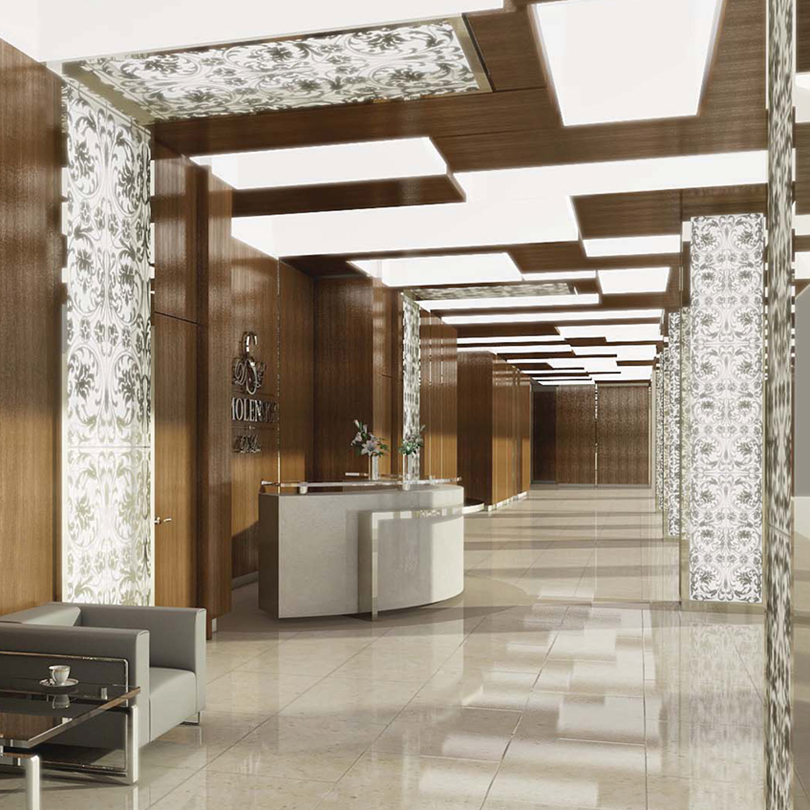